Skip to content
In Japan, there was a spate of celebrity suicides after the COVID-19 outbreak.

Now, there is an increase in access to previous articles that covered the issues of suicide. I guess they wanted to know how to avoid suicide and save their lives. To tell you the truth, I had suffered strong suicidal urges two days in a row, driven by the side effects of an antidepressant.

However, I survived those life-and-death emergencies. Based on these experiences, I'd like to share with you how to prevent death by suicide without fail.

Although the details were not fully disclosed, I soon realized that all the shocking incidents had one thing in common. That is, all of them occurred after midnight.

In fact, the risk of death by suicide is reported to spike between midnight and 6 a.m. As this chart shows, it grows more rapidly than other times of the day. But after 6 a.m., the risk drops sharply to its previous level. 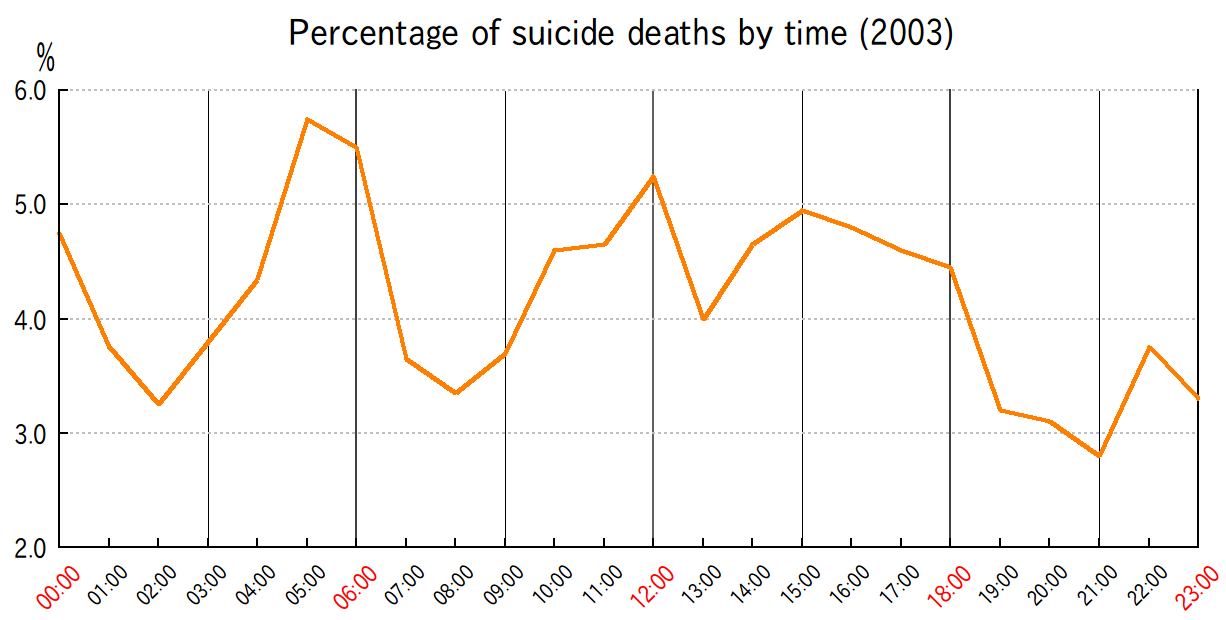 Source: Trends in suicide deaths by day and time

All of a sudden, without any prior warning, I was obsessed with a strong suicidal urge and involuntarily began to tremble violently from head to toe. The agitation, as if someone was controlling my mind and body, could only be described as the work of the “Reaper.”

Wait for the Sunrise, Keep Your Body Still

Source: Trends in suicide deaths by day and time

As mentioned earlier, the Reaper is extremely nocturnal. They can not act by daylight. Therefore, no matter how fierce the suicidal urges are, when the sun rises, we will surely be free from such life-threatening situations.

It does not depend on weather conditions. Of course, clear skies are preferable, but it doesn't matter if it rains. Once the sunlight brightens the world, the strong suicidal urge vanishes rapidly as if by magic.

Just bear up for several hours until dawn. This will surely prevent you from committing suicide. As a survivor of two suicide crises, I can assure you of this.

By the way, even when you are suffering from a serious problem other than suicidal urges, just endure it until dawn. The pain will soon disappear. Sunlight has the power to refresh people's minds. 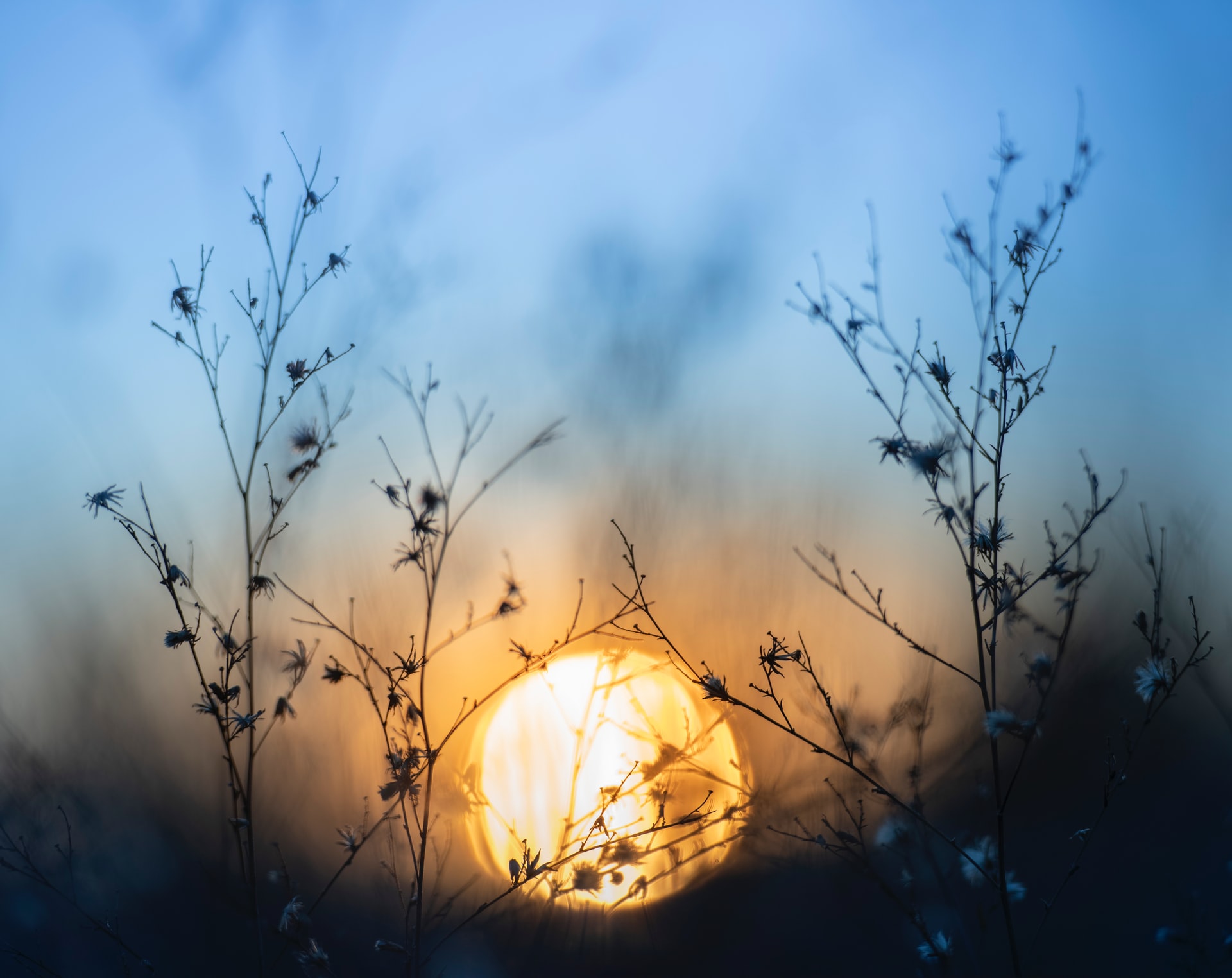 Photo by Angel Santos on Unsplash

Keep Yourself Still Until Dawn

However, you should feel that several hours before dawn are many times longer than usual. This is because you must not move an inch during that period. And you may find it unbearable.

In my case, I was obsessed with very strong urges to jump. During the two consecutive life-and-death nights, if I had gotten out of bed and put my feet on the floor even one step, I would have run up to the roof and committed suicide by jumping off.

Possessed by the Reaper, you are already deprived of your physical and mental freedom. Your body trembles violently and will be uncontrollable. If you move even a little in such a confused state, the Reaper will easily take control of your body and complete your suicide.

So the best thing you can do is keep your body still. Even rolling over should be avoided as much as possible. In principle, don't even go to the bathroom.

You are in emergency.

Just hold out for a few hours. The sun is about to rise. 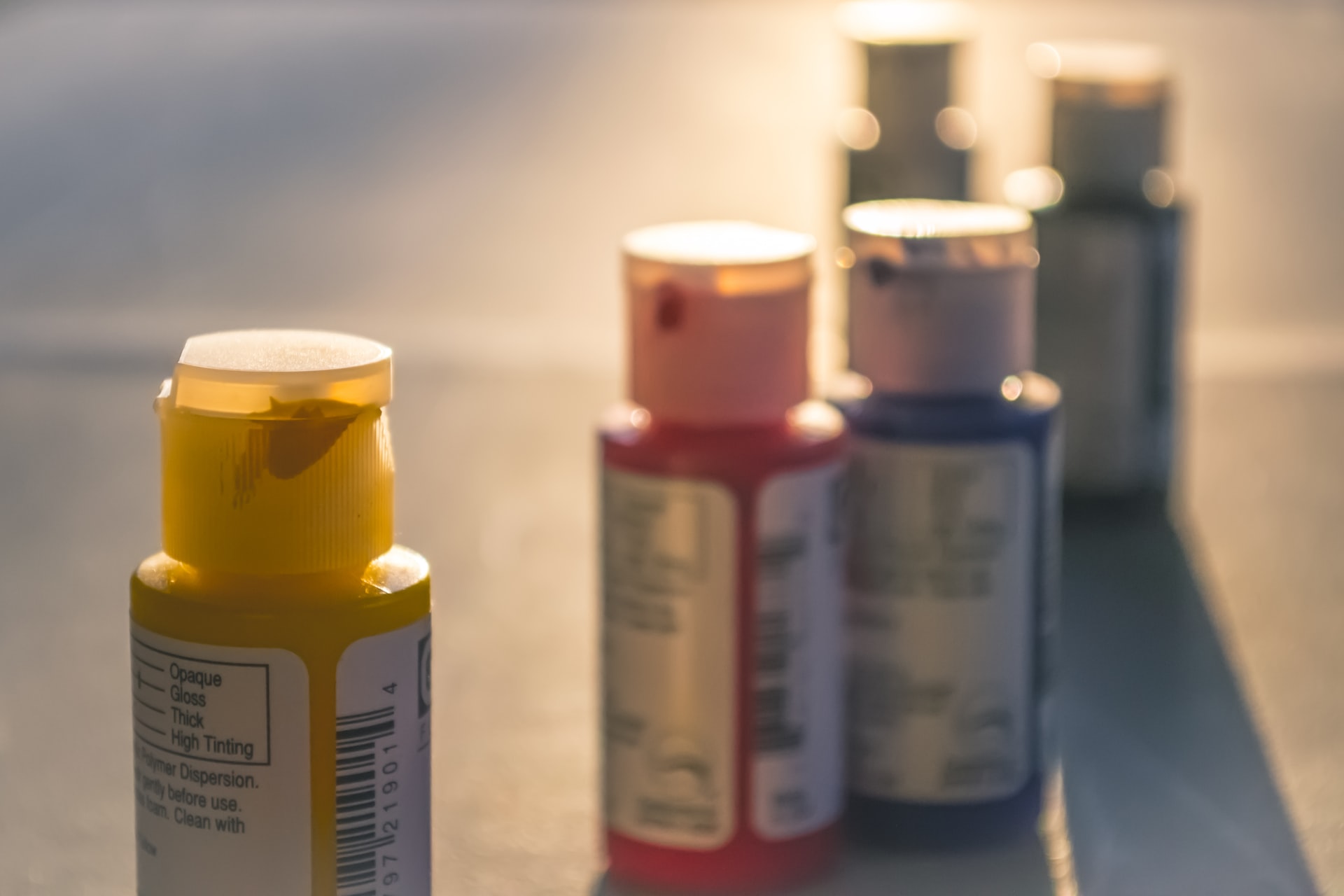 Photo by Steve Johnson on Unsplash

After a few hours of tolerance, you will be surely free from the suicidal urge. Yes, you have successfully survived.

This is what I can assure you as an actual survivor of two suicide crises. You can certainly avoid suicide death in this way. As a matter of fact, this is how I overcame severe suicidal urges due to depression that lasted as long as two days.

See a Doctor Right Away

After the sunrise, be sure to visit a psychotherapist. Now you are free from the suicidal urge. This may lead you to misunderstand that you have become healthy as before. But it's wrong. No need to make an appointment because it is urgent. Just run into a clinic or hospital.

Effective medications will be prescribed there. Please take your medication as instructed. And visit the clinic or hospital regularly.

Never Stop Your Medication on Your Own Judgment

Abrupt stopping or reducing a medication can cause “withdrawal symptoms.” Simply put, it is a relapse of the disease. In most cases, the symptoms become much worse than before. Therefore, you could have a strong suicidal urge again. So NEVER stop or reduce your medication on your own judgement.

Youths, Never Hasten to Kill Yourself

These are the ways to prevent death by suicide due to depression or stress-related mental disorders. But I think there is another kind of suicide: Suicide of youth. I call it reckless suicide because of its characteristics.

Reckless one is carried out in a very short time. Once they feel “I wanna die,” they immediately kill themselves. This tendency is especially prevalent among teens and twenties.

I guess the three celebrities listed above may have committed reckless suicides. But Mr. Haruma Miura might be an exception. This is because I don't know if his suicide by hanging in the closet was carefully planned or not. 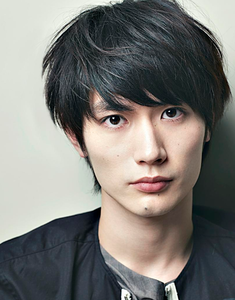 The hallmark of reckless suicide is that methods for it are not well-planned or meticulous. In that context, Ms. Hana Kimura and Ms. Hinan Takano's suicides were probably reckless ones unique to young people.

On the other hand, Mrs. Yuko Takeuchi was spending time with her family as usual until her last dinner. 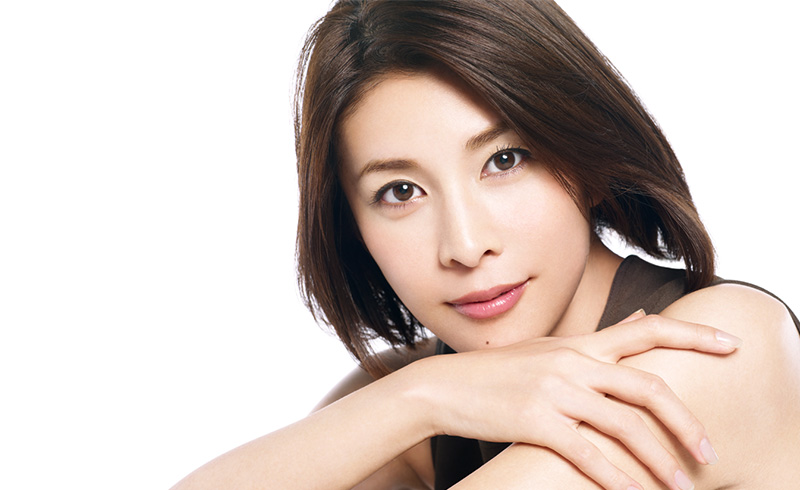 But only a few hours later, at least by 2 a.m., she seemed to have committed suicide. The setup was fairly smooth. It can be said that it was very well-planned and prepared.

To commit hanging suicide, she had to prepare a rope that could withstand her own weight. Also, she also must have examined the room where the rope could be firmly fastened. In addition, she probably researched the hours when she could kill herself unnoticed by anyone.

I guess she was suffering from some kind of mental health problem several months before she passed away.

Youths, Just Wait for the Sunrise

Why do teens and twenties hasten to kill themselves so often? I have no idea. Maybe it is because they are too energetic to control their impulsive behavior. But again, dead men tell no tales. The details are unknown forever.

However, even in the case of reckless suicide, the ways of avoiding it are all the same. Just wait for the sunrise and keep your body still. 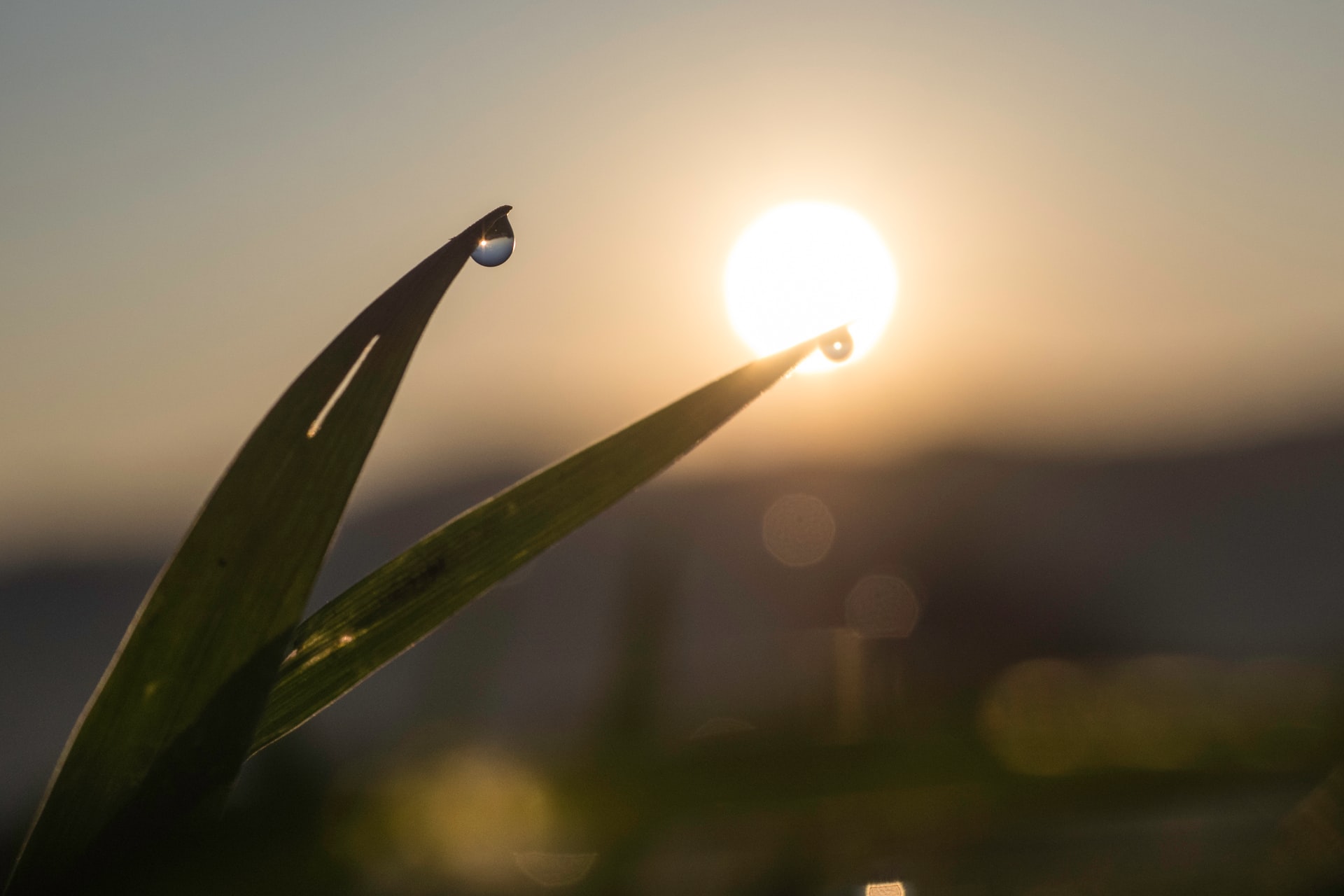 Photo by Hansjörg Keller on Unsplash

Telephone Consultation Is Not Recommended

In Japan, there are a few telephone consultation services that are specialized in suicide problems. But they are closed from midnight to 6 a.m., despite the fact that this is the time when the risk of suicide peaks. Meanwhile, the counselors sleep soundly.

There is only one service that offers 24-hour phone consultation: yorisoi-hottorain. Unfortunately, the media do not cover it. I suppose this is simply because they do not know about it.

Open Between Midnight and 6 A.M.

The primary reason I don't recommend the telephone consultation services is that they are not open at the time when suicidal people are seeking help the most.

The second reason is the shortage of professional staff. Do you think that the person on the line is an expert in suicide issues? No, often they are not. In Japan, somehow psychiatric social workers (PSW) are also actively involved in the field of psychological counseling. Perhaps it's because of the shortage of professionals. However, they are laymen in psychopathology. From the beginning, they can NOT save the suicidal people.

On the contrary, intervention by non-professionals could promote suicidal behavior. We can call, but cannot choose the person. These are the reasons why I don't recommend the telephone consultation in Japan.

To prevent intervention by non-professionals, social media should not be used. I know they are access-friendly communication tools that are available anywhere at any time. And they are more convenient than telephone consultation.

But is there any expert in psychopathology among the friends or strangers you are talking with on social media?

No, probably not at all.

I emphasize again that the intervention or advice by non-professional person can rather encourage your suicidal behavior.

Even though circumstances vary from country to country, I still do not recommend a telephone consultation, neither social media.

This is because you cannot know what kind of person you are talking to in each way. You don't know his or her background either. They may be laymen.

Just bear up for several hours until the sunrise, and then run to a professional psychotherapist on your feet. I do recommend this primitive method.

Photo by Leon Biss on Unsplash

It is because lay interventions in a life-threatening situation are highly likely to have tragic consequences.

Posted in Suicide of Youth and tagged Depression.